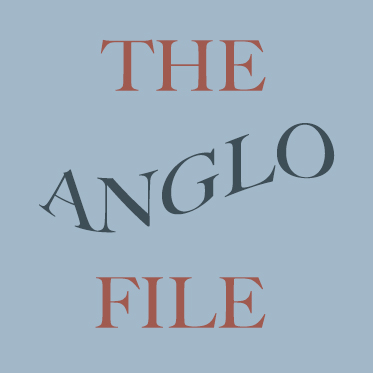 Welcome to The Anglofile, a weekly newsletter about the United Kingdom from two people who… live in America.   We are Eva and Allie, two New Yorkers who share a longtime appreciation of the delights and absurdities of British history and culture, in particular the royal family. Once a week, we will celebrate (and occasionally skewer) bits and bobs about our beloved kingdom across the pond. We will feature interviews with genuine English people and answer important questions like: "What is a pasty?"

The Anglofile believes that the country of residence on your passport isn’t necessarily the one in your heart.

Windsors and Losers  We aren’t judgmental. We just think it's fun to rank the royals.

From the Horse’s Mouth This is a column where we ask a British person about British things. This week's authentic British person is Kimberly A., a director of video for Vogue (American, not British - but we forgive her) and alumna of Prince George and Princess Charlotte's pre-school, Thomas's Battersea, in London. Regrettably, Kimberly was many years ahead of the future king in school.

Q: How British are you?  A: I'm a bit of a sneaky Brit. My parents were both born and raised in America, but I grew up in London. And thanks to a very posh sounding teacher called Miss Pym, you'd never know my mum was from Astoria, that we drank milk with our dinner, and had Sunday pancakes instead of a roast.  Q: Apart from having the nationality bestowed on you at birth, what makes you British?  A: A self-deprecating sense of humor, and a sense of superiority over all Americans. Q: What do you like most about Britain?  A: The people. And the work-life balance. Q: What cliché about British people is actually true?  A: Queueing is important to us.  Q: Favorite London pub?  A: Very tough question. You have different pubs for different moods. But the one closest to my heart is The Hope on Wandsworth Common, right by my parents' house.  Q: Have you ever been inside a palace?  A: Once! I waitressed at Buckingham Palace, back in the day when display trays were stupidly elaborate. I was serving chicken curry, in shot glasses, on a glass plane, balanced on a bowl, filled with rocks. I lost balance almost as soon as I left the kitchen, and spilt curry all over one of the guests and her frock!  Q: Is Prince Charles a cool guy, in your view? A: The coolest.  Q: Finally, and perhaps most importantly, please tell us about your favorite British snack.  A: Milk chocolate Hobnob. Crunchy, oaty biscuit with a layer of chocolate. Perfect for dunking in tea.


Elevenses Referring to the traditional British tea and coffee break around 11 a.m., here are 11 ways we are indulging our unchecked, borderline problematic love for the U.K. from abroad this week.

1. Picture Perfect. Kate, ye olde Duchess of Cambridge, is a beautiful princess. So why then, is hers the most frightening portrait at the National Portrait Gallery? Despite this obvious slight, Kate has joined forces with the museum to launch “Hold Still”, a call for Brits to submit photos that capture “the spirit, mood, hopes, fears and feelings of the nation as we continue to deal with the Coronavirus outbreak.” The portraits will be displayed later this year.  2. Cover Girl. You could read Judi Dench’s new profile in British Vogue, or you could — like us — just stare at this picture of Judi and Camilla Parker-Bowles eating ice cream cones on the beach like two extremely sophisticated kids. 3. No Go. The Scots finally have a way to keep the English away. 4. Forever Fab. Joanna Lumley, Ab Fab's Patsy Stone in our minds, shares her lockdown TV playlist with The Guardian and revisits her own small screen stints. "I did Celebrity Bake Off," she said. "But I never do any baking – I prefer crisps – so my baking was very poor. Paul Hollywood spat out my cake, the poor dear. If you can’t do something, what’s the point in making the gorgeous British public watch you not being able to do it?" 5. Property Brothers. There's another set of identical twin brothers in the real estate business. David and Frederick Barclay are British billionaire property magnates and one is threatening to sue the other.  6. Telly Time. Will your life be better when you know which TV shows are the royals’ favorites? Only one way to find out.  7. Right Hand Man. Paul Burrell, Princess Diana’s former butler, has a penchant for spilling royal secrets and getting into trouble. But this week, he did something kind of sweet and shared a previously unseen letter from Diana in which she describes a meeting with Mother Teresa. She writes, “I soared to such great heights in my spirit.” For once, Burrell did not embarrass Diana or himself.  8. Buck House. Imagine having a 775-room palace and not even quarantining in it. (The Queen is staying at a different castle, Windsor.) 9. Supercalifragilisticexpialidocious. The Guardian’s Hadley Freeman feels exactly like anyone would when given the chance to profile Mary Poppins, aka Julie Andrews: “I’m overwhelmed by all the questions I want to ask”.  10. King of the Kitchen. Prince Charles shares his favorite brunch recipe (for Cheesy Baked Eggs) on Instagram, and we laugh because he's never seen the inside of a kitchen.  11. #ThrowbackTuesday. Who needs romance when you can revisit Nigel Slater’s iconic ode to the baked potato? Or as he calls it, “the baked tatty from heaven.”

Who Is  ______ ? Great Britain is a tiny island with a disproportionately large number of sort-of-famous people no one in America has ever heard of. In this pointless weekly column, we will introduce you to Britain’s most beloved extremely minor celebrities.

So who is this guy?

Schofe, as he’s affectionately known in his homeland, is the longtime co-presenter of ITV’s This Morning, which is The Today Show with better accents. He hosts alongside Holly Willoughby, his good friend and another British celeb of inexplicable fame.

“With the strength and support of my wife and my daughters, I have been coming to terms with the fact I am gay,” Schofield said in his statement. “This will probably all come as something of a surprise,” he went on, incorrectly.

Schofe also hosts Dancing on Ice and has been a familiar face on British telly since the early ‘90s. He’s interviewed leaders and superstars, and just last week, the internet lost its mind over a segment he and Hols did with the Duchess of Cambridge.

In addition to his regular Twitter account, Schofe has a second Twitter devoted entirely to wine and spirit content (we knew we liked him!) and he recently released a line of boxed wine with supermarket chain Waitrose, described as “super fruity with a fragrant nose, and just a little spice."  — Eva

How Do You Pronounce Cholmondeley Anyway? In which we spend at least 20 minutes researching a topic and release the findings here.

Mustique is not part of the United Kingdom (or even the Commonwealth, what a pity!), but the Caribbean island has been on my mind since reading Lady in Waiting by Anne Glenconner, former lady-in-waiting (think unpaid assistant but royal) to Princess Margaret. Glenconner was the wife of Colin Tennant, who famously developed Mustique in the 1960s and turned it into party central for Margaret and her celeb friends. Tennant proved to be a real piece of work when he left his estate to a gentleman friend — instead of his family — when he died in 2010. But Colin’s wild, unique life is a story for another time.  Glenconner published a sanitized version of what went down on hedonistic Mustique during her husband’s watch, but one detail that lodged in my Anglo-centric brain was was the introduction of “Messel Green” as a recurring color in the houses built on the island. Stage designer Oliver Messel was given the job of designing many of the houses on Mustique. It was nepotism; he was the uncle of Princess Margaret’s then-husband, Antony Armstrong-Jones, Lord Snowden.  But regardless, Messel was the man for the job. He designed Margaret’s house Les Jolies Eaux (available for rent at the very unreasonable $20K/week), among other houses that you’d recognize instantly as belonging on a Caribbean island paradise. His green is a gorgeous color, evocative of the time and place in which he worked — and also, currently, providing some much-needed escapism while thinking about beachy vacations in gorgeous places. (Never mind that ‘Messel Green’ really is just a tarted-up version of the sage green you can get at Home Depot.)  — Allie

Congratulations, you’ve come to the end of this week’s newsletter! As a reward for making it this far, we are introducing a new feature: “Absurd Royal Fact of the Week.” This week’s absurd royal fact: The Queen's youngest, Prince Edward, was allowed to choose his own royal title when he married Sophie Rhys-Jones in 1999 and he made a curious decision, even by royal standards. He asked his mom, the Queen, if he could be styled the “Earl of Wessex” — a county that has not existed in the U.K. since 927 AD — after liking the sound of a character’s title in Shakespeare in Love.

Subscribe
Thank you for reading.  Please continue to open our newsletter when it drops into your inbox every week, like a freshly baked scone. Hard to digest, but ultimately satisfying. And if you still haven't subscribed — here's a handy link!